Now I get to toot my own horn!  I found out tonight that my Sorachi Patersbier just won “Best in Show” at this years NJ State Fair Homebrewing Competition.  I’m really excited about this. I’ve been brewing beer since my wife bought me my first kit 12 or 13 years ago, but I’ve entered less than a dozen competitions and this is my first win! 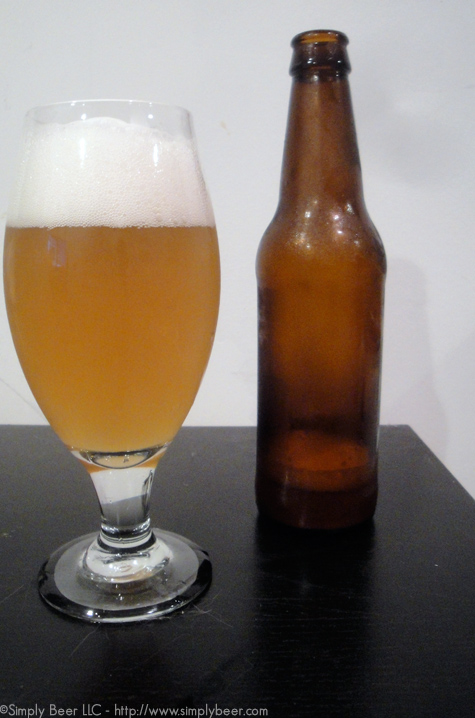 Lately I’ve only been entering competitions where the winner has the opportunity to brew their beer at commercial brew house.  I’ve received 3 second places finishes over the last year, but was never able to pull down a win, until this weekend.  The NJ State fair homebrew Competition is now in its 14th year, run by the homebrewing club Scuba (Sussex County United Brewers and Alchemists) and Sponsored by Krogh’s Brewpub in Sparta NJ.  This year there were 161 homebrews enter this BJCP and AHA sanctioned event.  I’m sure the smaller numbers, compared to NHC, probably helped my chances of winning, but as any High School coach would say, “A win is a Win” and I’m proud of my beer as I tweeted about on sat.

Although, this beer did have a scare in store for me, I opened my Kegorator one night to find this foul smelling growth around the stem on the out line of the keg.  Lucky for me, It was just my stupidity when I attached the line to the ball lock connector.  I didn’t tighten it enough and a little leak formed and wild yeast in the air started to ferment on the out side of the keg.

The other funny thing is I sent this beer in sight unseen.  It had only been in the bottle for 4 or 5 days before I mailed it in, totally uncarbonated.  Of course I had tasted it it throughout the brewing process and thought it was pretty good and would hopefully not be embarrassing.  But when I tasted it for the first time on Saturday, I was really happy with it.  Great color, Lots of carbonation, giant head and great flavor; everything I had been shooting for in this beer.  I think the Sorachi Hops really added a nice lemony summer time flavor to the beer, which is probably what put it over the top.

Towards the end of the year, Krogh’s Brew pub will be brewing this beer for a springtime release.  I really hope I get to be part of the process, not just having my recipe recreated.  Bu either way I’m glad these judges appreciated this lesser know style and enjoyed my Homebrew!