The first thing that was asked of me on Thanksgiving is what beer are we having with dinner?  That’s right, I guess I should expect it since I have this blog.  But there is more to this guy then beer.  Every year I religiously make two feasts, Thanksgiving and Christmas Eve.  I go all out as far as a super amateur cook, 22lb Turkey, Stuffing, Garlic Mashed Potatoes, Sweet Potato Souffle, Wild Rice Salad, Green Bean and Bacon Salad, Mac & Cheese, and Corn Bread.  It’s quite an undertaking for me, two days of cooking which is consumed within 15 minutes.  Still, I’m a beer guy so we had a great selection of beer to taste with dinner and desert. 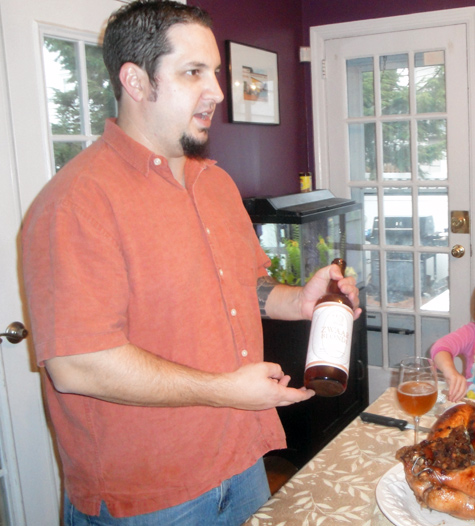 AS we sat down to indulge in the feast I’d spent the last 20 hours cooking, I asked, “Who wants wine who wants beer?”   My wife, Mother-in-law, and me went with the beer and the other opted for white wine.  In my humble opinion, we choose wisely.  What did I select for us to drink?  The first beer was a pilot beer from  Brewery Ommegang, Zwaar Blonde.  It was probably about as perfect a beer with our dinner as I could have selected.  It was surprisingly full bodied for a blonde, nice yeasty fruity esters giving the beer a nice sweetness.  A ton of carbonation in this beer really helped cleanse the palette after each bite.  The only thing missing from this beer was a big billowy head, aside  from that this was an awesome and versatile beer.

There was another beer I wanted to try with dinner, a “Hoppy tripel”, Stone’s Vertical Epic 2008.  After 2 years in the bottle, I figured it would be more tripel then hoppy.  I’ve always liked the flavor of a tripel with turkey and this beer didn’t let me down.  I was surprised how much hop flavor was left in this beer. but dinner was quickly coming to an end, which meant one thing, desert! 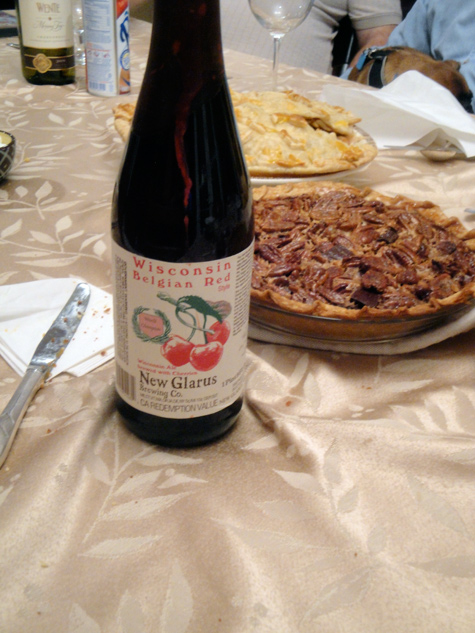 AS with all holiday desert, they are insanely sweet, heavy and delicious!  I brought several beers to the table, sweet, tart, and sour.  The New Glarus Wisconson Belgian Red was a hug hit with everyone.  I was shocked, but not surprised, it drinks like liquid cherry pie.  The 2005 3 Fonteinen on the other hand was not a big hit, I loved it’s sharp dry tartness, but it was just way to sour for my family.  The Boon Mariage Parfait on the other hand was a split between the two.  Sour beers make a great pairing with sweet deserts especially chocolate pecan pie!  Yum! 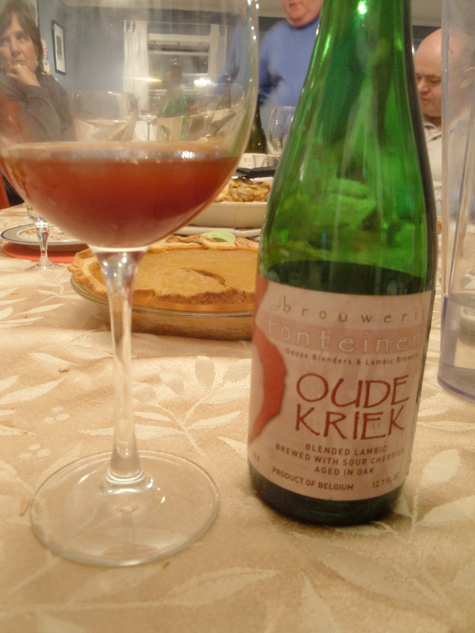 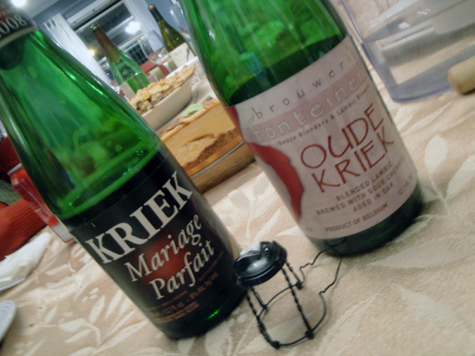 I hope your Thanksgiving was a tasty as mine.