As some of you may have noticed I took a couple weeks off, but that didn’t stop me from indulging in a few beers.  The most memorable was an exploding bottle of Hitachino Nest XH.  I pulled this out of my cellar when I decided to have a personal tasting of some barrel aged beers.  Normally a bottle of exploding beer would really piss me off, in this case it really pissed me off, why?  Because it was so damn good.

I believe this beer was from 2009, it had been in my cellar for a little over a year and a half.  The Hitachino Nest XH is a Belgian Dark Strong ale which was aged in Shōchū (distilled sake) casks for 3 months.  I had drunk this same beer at a Amanti Vino beer tasting and it was delicious, but this time around it was a different beast.  When I say beast, I mean beast.  When I popped the cap off, I had an explosion of beer, a fountain of beer came 8″ out the top of the bottle.  It was impressive to say the least.  However, it sprayed all over the place.  As fast as my beer saving instincts could react, I tried to get my goblet under the glass and over to sink.  After saving as much as I could I was amazed at the carnage in my kitchen. 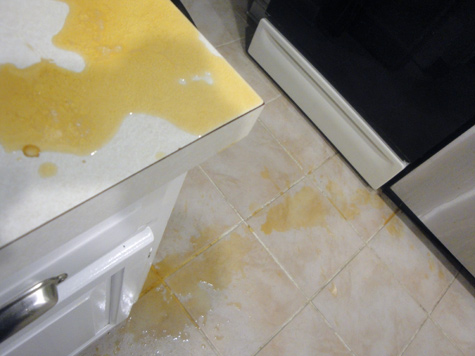 Start of the explosion of Hitachino Nest XH 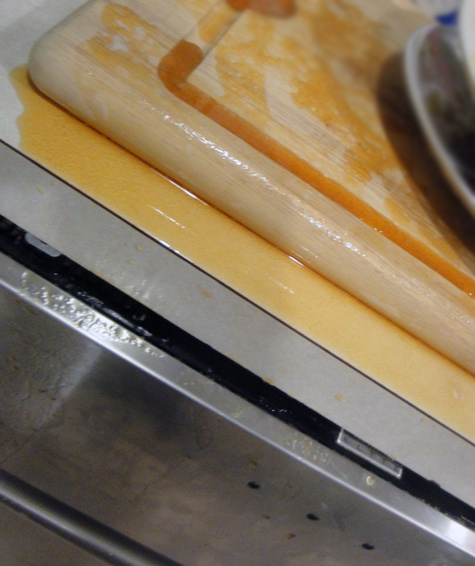 End of the explosion of Hitachino Nest XH

I was able to salvage about 3 oz of this beer and man was I in for a surprise.  This was the best tasting infected beer I’ve ever had.  At some point some wild yeasts got into this bottle and over a year created a super funky, slightly sour ale.  Had I tasted this beer before I cleaned up the mess I would have been licking up the beer off the counter!