The title sounds like a horrible drinking bender, but is was actually a very savory night at one of my local watering holes, the Cloverleaf Tavern in Caldwell NJ.  Through the Cloverleaf’s Facebook fan page, I saw they were going to be featuring several Sierra Nevada ales.  I was most interested in the hyped Southern Hemisphere Harvest Hop Fresh ale.

When I got to the Cloverleaf, there was a mass of people, all the bar tables were taken, and there was one lone bar stool which had my name on it.  Lucky to grab a seat next to the taps and do a bit of twittering, I ordered the Sierra Nevada Southern Hemisphere Hop Fresh Ale (I’m out of breath just typing that name).  The bartender brought me  a giant bottle, 24 oz!  After sending the tiny frosted glass back for a room temp regular size pint glass, I was set to enjoy this new beer.

The Southern Hemisphere poured a a hazy golden color, with a billow head, and had some good lacing as I drank it.  The beer had a floral and piney nose, slightly earthy.   I think i was expecting more, but what was there was very pleasant.  From first sip of the Southern Hemisphere, you can tell that it is an American Pale Ale.  It was sharp, citrusy and earthy, also very dry.  There was not a huge malt presence as you would expect from an APA.  The label on the bottle says that is should also be spicy, I tasted more bitterness then spiciness. 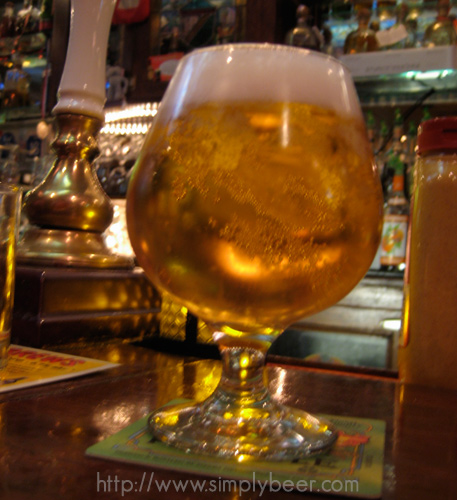 Thankfully, one of my friends appeared as I was finishing this pint and he helped me polish off the rest of the beer.  Next I moved on to the Delirium Tremens which  was on draft.  I have a bottle of it in the Simply Beer Cellar, but I decided to give myself a sneak peak since I’ve never seen this beer on draft.  It was poured in a small snifter class with a hearty bit of white foam peaking out our the top.  This beer was both sweet, fruity, and tart on both the aroma and flavor.  I found this to be a complex fairly easy drinking beer.  Really enjoyed the initial tart then sweet and fruity flavor. 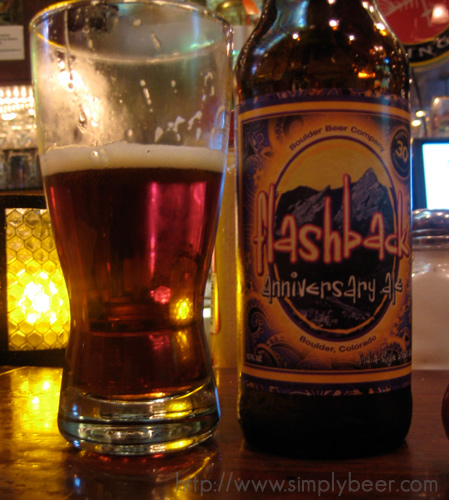 While I was enjoying my Delirium Tremens, my friend ordered a Boulder Brewing Flashback Anniversary Brown IPA. This beer pour beautifully, great color and head.  It had a really nice malty and hoppy aroma, definitely smelling the American IPA in the beer.  Thankfully, the beer also tasted like a brown ale and IPA met and had a kid.  The flavor was like an good IPA with a brown ale backbone.  It was quite delicious.

The funniest part of the evening, while I was enjoying the Dogfish Head, I ordered a growler of the Sierra Nevada Red Ale to take home.  The Bartender put the Growler in a bag and placed it on the bar.  I looked at the bag a few minutes later and there was 2 inches of beer in the bag.  I opened it up to pull out the growler and all I got was the handle and the top of the bottle.  The growler had literally split at a 45° angle from the top down to about 2 inches under the handle.  We all thought it was pretty funny, the bartender was not amused.

Another great night at the Cloverleaf Tavern.