An acquaintance of mine suggested I should drive down to South Plainfield NJ and check out this liquor store, the OakTree Buy-Rite.  I had been meaning to get down there for a couple of weeks, but on Sunday I had my opportunity. 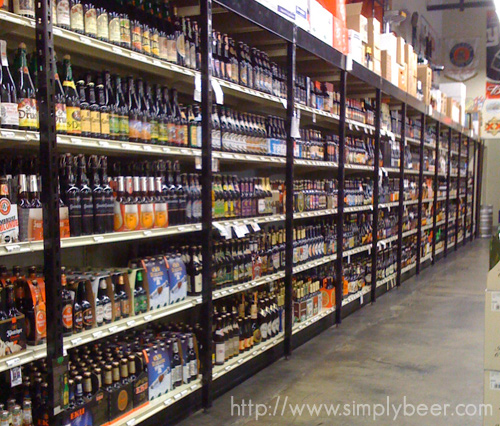 I’m glad I made the 25 minute drive from my house, down the Garden State Parkway, to the OakTree Buy-Rite.  When you go into the store, just head straight to the back of the store.  The back wall of the store is lined with imported beers, separated by country and grouped by brewery.  I would guesstimate  the back of the store is about 70 feet or so long, with several hundred Beers.  There is a great selection of Belgian, Scottish, German, and English beers.  One of the things I liked about the beer selection were several beers from the last several years, so a 2006, 2007, 2008 version of the same beer.  It appears like they hoarded some beers in the back and put them out when to following year came out.  My personal favorite, 10 Styles of beer from Mikkeller, including Black! 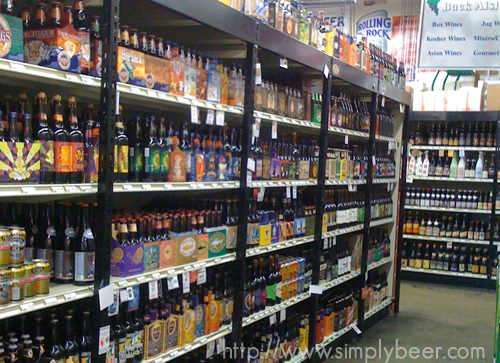 After the back wall, in the far isle was another several hundred American beers, all grouped by brewery.  There was a lot different styles by the same Brewery, for example they had 8 or so Allagash Syles, as well as a large number of styles from Rogue, Stone, Southern Tier, Dogfish Head, and Ommegang to name a few.  At the far end of the American beer isle, there was a build your own six pack section, which I particularly like.  It gives me a chance to buy beer I may not like, without have to get rid of a six pack.

Overall this is a top notch Beer Store, definitely worth a look.  The Sales staff was very helpful and knowledgeable (on a Sunday no less).  You can Buy beer online, but the online system was not user friendly unless you know exactly what your looking for.