I’ve been looking forward to Lost Abbey’s Framboise de Amorosa since seeing it on New Brew Thursday‘s podcast with Ladies of Craft Beer, Taylor Shaw.  They all seemed to be enjoying the beer so much; I wanted to jump through my screen and join them!   Two months later, I have a bottle of in in hand, thanks to my buddy Scott for sending it eastward.  Hopefully this will live up to the hype I’ve built in my head.  You have to remember that Lost Abbey beers are not available in NJ, so this is a 400 case brewery only release beer took a bit longer to get.  So lets taste away! 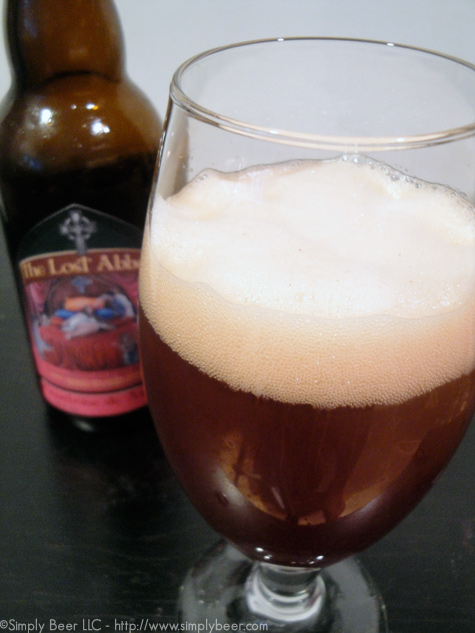 Here is how Lost Abbey Describes the beer:

Framboise de Amorosa is our first foray in the world of Raspberry beers. Our brewer’s took a batch of Lost and Found Ale and aged it in freshly emptied red wine barrels. The beer spent over one year in the barrel during which time it was spiked with three additions of Raspberries.

Release: One off specialty 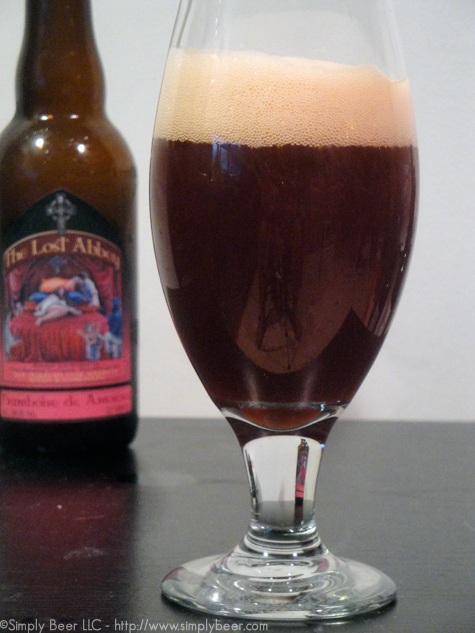 Super fizzy head, thousands of tiny bubbles just popping away, reminding me of Poprocks.  The fizzy foam is a very peculiar color, a mix of brown, garnet, and purple, which also reflects the super hazy and somewhat chunky looking beer.

Wow, that an intense aroma. If you drink a lot of sour beers, then you know your probably in for a good one when that funky acid vinegary aroma dominates your nostrils.  But don’t just take a quick whiff, enjoy it, smell it several times.  You’ll find a hint of raspberries and a ton of wine barrel oak under the dominate aromas. 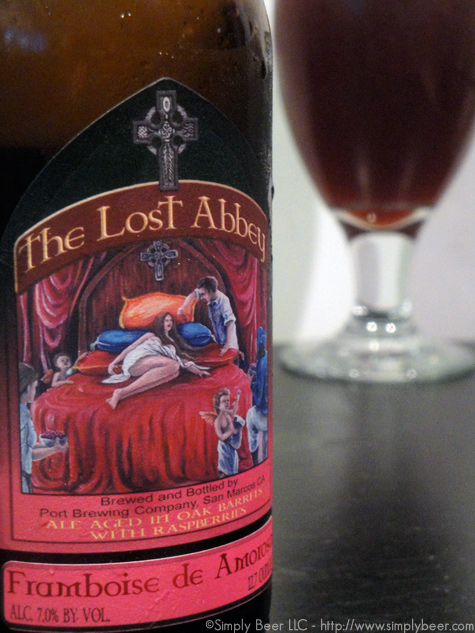 After a great start with the appearance and aroma, I’m really looking forward to this beer.  Jeez Louise! This beer is  intensely sour, about a 9 out 10 on my scale, LOVING the puckerlicuiousness!  It immediately bits into the sides of your tongue and doesn’t let go. The raspberries are sharp right up front with the sour and your mouth gets engulfed by the raspberries as this highly carbonated beer really explodes through your mouth. the back end of this beer relaxes the raspberries and carbonation leaving you with a nice lingering sour, grape, and oak.  And finally finished super dry with a hint of bitterness.

I’ve said it before, great aroma can ruin a beer by getting your hopes up to high.  But this is another winner from Lost Abby, it actually exceeded my expectations from the aroma.  This is a great beer on this hot night with its intense sourness and dry fizzy mouthfeel.  I want MORE!