It’s been a couple weeks since we did a Beer Brawl™, but coming up tomorrow will be number 28.  I’ll be traveling up to Boonton NJ to record at the Liquor Outlet with Kevin Malavarca,John Hoyos of Hunterdon Distributing, and Jim from the Beer and Whiskey Brootherhood.  Jim, John, and Kevin are joining us so they can sample this fine line up of Quads. 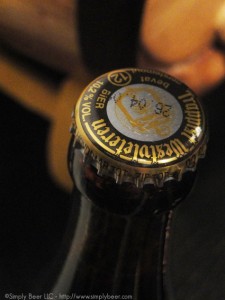 Not sure if we’ll be able to stand up after this line up of impressive beers.  I’ve also heard that John may surprise us with something out of his cellar, but he’s not saying!

If you are in the NJ area and would like ot part of a Beer Brawl, contact me.