Sours are my newest beer love.  I can’t drink enough of them and I really haven’t found any don’t like, but I sure have found some that I love.  My next sour is Russian River’s Consecration Batch 003, that I acquired in a recent beer trade.  While still a very small brewery in Santa Rosa California, they have developed in a premeir leader in Sour and Barrel aged beers in the United States.  So it is only fitting that I try some! 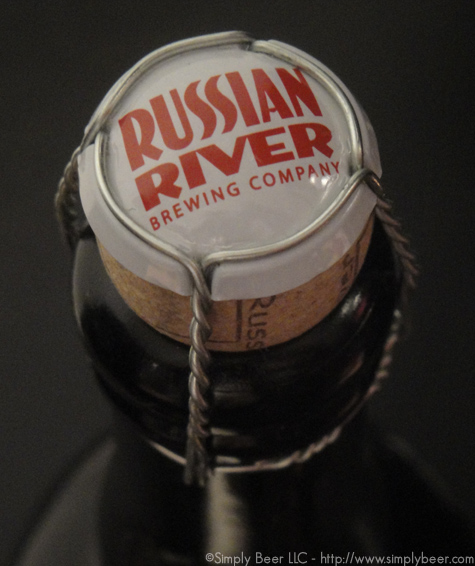 Since there wasn’t much info on their website about the beer their website, I got the next best thing, I photographed the copy on the bottle.

Initially poured with a pretty decent beige head which was quickly eaten away by the massive torrent of bubbles steaming from the bottom of the glass.  This beer is a gorgeous, a deep garnet color with intense ruby highlights. 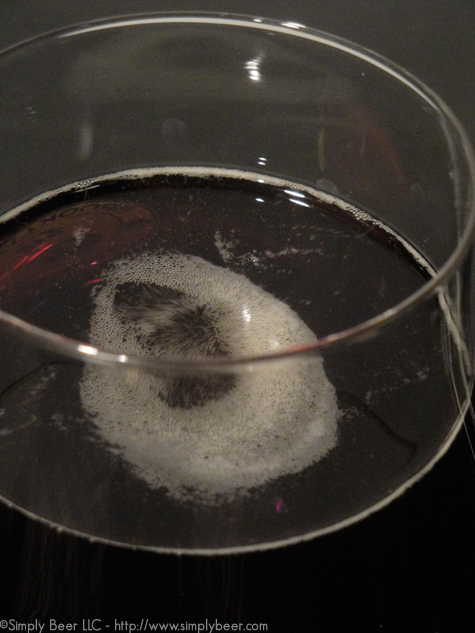 Like intensely hoppy aromatic beers, I could sit and smell that oaky, sour, fruity, tobacco aroma for hours.  Yet at the same time it smells so nice that I don’t want to wait, it has high drink anticipation quality; a beer who’s aroma builds excitement to drink the beer.

With such an inviting aroma, this beer does not let done on the flavor.  The first sip strikes as an intense sour right on the tip of your tongue, nice rounding fruitiness accompanies the sour from start to finish.  To me the fruitiness tasted like cranberries, even though this beer was aged with currents.  Come to think of it I don’t think I’ve ever had a current…anyway.  Right in the middle there is a nice push of tobacco and oak with a hint of funkiness that quickly gets walloped by that long dry cranberry (current) sourness.  Now for me a great marker of a good sour,  you can lick the sour off the front of your teeth and this beer hits that mark!

A truly great sour beer.  I loved tart fruitiness with the strong sour.  Definitely one to go out and find, if you can.