One of the coolest things about having a beer blog is meeting cool beer people and going to industry events.  Monday night was no different; the release party for Brooklyn Breweries latest Brewmaster’s Reserve Series beer, Dark Matter. 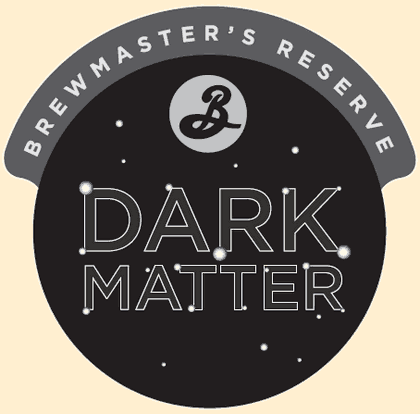 As one of the lucky few who actually had Dark Matter when it was an employee only private release a couple years ago, I was extremely excited to try their latest creation.  The original version of Dark Matter was the house brown ale aged in bourbon barrels, which I thought was amazing and according to Garrett Oliver, was over a year old when I had it last summer.   What we had last night was not the same ‘ol brown ale.   The Brewmaster’s at Brooklyn Brewery created a special 7.5% version of their brown ale for this release. 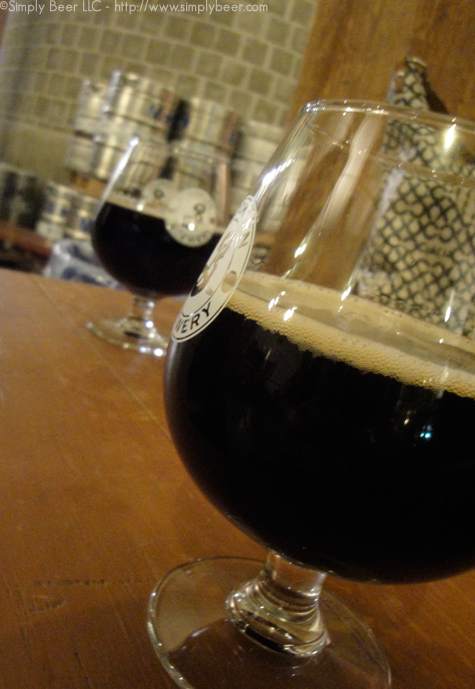 Here is a bit from Brooklyn about how they describe it, before I give my two cents:

Cosmologists tell us that the universe was made by a massive explosion called the Big Bang. And in this Big Bang was created a material called “dark matter”, which accounts for 95% of the mass of the universe and actually binds the universe together. Well, that sounds pretty heavy. But it’s theoretical. Here in Brooklyn, our cosmology is a bit different.

In the beginning, there was Black Ops. Or perhaps not. Beer does have its mysteries. Anyhow, they say that back in 2007, a small amount of Dark Matter was created alongside Black Ops, but very few people had an opportunity to taste it. The Brooklyn Brewing Team decided that this shortage was unfortunate – plenty of Dark Matter for themselves, but not enough to share with all their friends. So last autumn they decided to recreate Dark Matter and open up the Brooklyn Barrel Room to a wider world. Brooklyn Dark Matter is a robust brown ale aged for four months in bourbon and rye whiskey barrels. Some barrels previously held Black Ops, some hosted The Manhattan Project, others came straight from the distilleries as soon as the whiskey was decanted. We’ve blended these barrels to create a beer full of caramel and chocolate flavors heightened by vanilla-like oak notes and hints of the barrels’ previous tenants. The result is a smooth, rich beer that really loves food, from fried or roasted chicken to char-grilled steak, barbecue, pork chops and even monkfish. And on some chilly evening in late winter, or perhaps the first warm night of spring, we hope that you may be tempted to believe that Dark Matter really does bind the universe together. 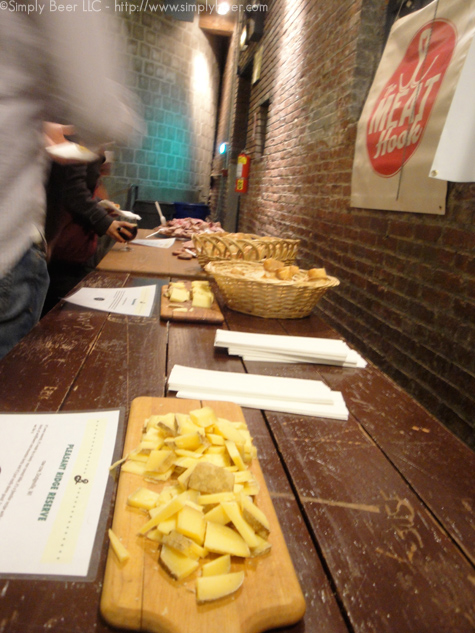 Since I didn’t take any notes while tasting the beer, I have to give you some highlights and over all impression.  Dark Matter, well it is just that!  A super dark brown ale, in the dim light of the brewery there was almost no visible color except for a hint of mahogany and garnet around the base of the tulip glass.  But color is not why you are drinking a beer like this, it is for the aroma and taste.  The aroma was nicely intense with vanilla, whiskey, oak, and hints of black cherry and currents.   I quite enjoyed the flavor of this beer, a big whiskey profile right up front with a complimentary nutty / oaked flavor that was not to be outdone by caramel and chocolate.

Overall, this is one of the strongest additions to an amazing lineup of the Brewmaster’s Reserve series.  My only complaint, which I expressed to Garrett Oliver, it is a Draft Only beer.  For über beer geeks like me and the other folks there, we’d be bang down doors to get a corked Bottle Referemted version of this beer to both drink now and to cellar.  Well, Garrett’s response to me in Dec was that was one of the reason for the massive expansion the brewery is about to undertake, so they can expand both there capacity and bottle conditioning programs.

As with every Brewery Release party, the beer is the focal point, but It’s the people that make the party memorable.  Both Garrett Oliver and Eric Ottaway from Brooklyn Brewery were easily accessible and very friendly, taking the time to talk to everyone who wanted to chat.  I also would be remised if I didn’t mention the incredible group of Beer Bloggers and Beer Folks that I met and shared Dark Matter with, Allen, Chris (idrunkthat), Genevieve (thehopshoney), Clare(beergoggins), John(beertographer), Stevie(BasicallyRed), Deverie(HurraBier), and Charlotte(charlottecus).