Have you seen the twitter has tag #beerpeopleRgoodpeople?  I have and have experienced it first hand, but what is it?  Well it is kinda of a mantra, philosophy, or beer karma.  Most of us have heard of the movie “Pay it forward”, it is kind of the same concept.  I first saw this hash tag used by Hoptopia (Lee Williams) and thought to myself, I’ve meet a whole bunch of folks like this since diving into the beer blogging / social media universe over a year and half ago.

What does “beerpeopleRgoodpeople” mean to you?  To me it covers so much that I’m sure I’ll leave something out, but in simple terms it is someone doing something self less for someone else.  Mostly it has been related to beer, but not always.  I started thinking about this today when I got an email back from my buddy Scott in Colorado.  He told me that he had found a bottle of Russian River Beatification Batch 2 for me and would be sending it to me next week for an upcoming podcast.  I right way thought, wow how cool is that.  He went out and found a bottle of beer I was searching for.  Now Scott and I have done several trades, but why would he actively search out a beer for a guy he has never met before?  I don’t know, but what I see is a guy trying to help out a fellow beer dude. 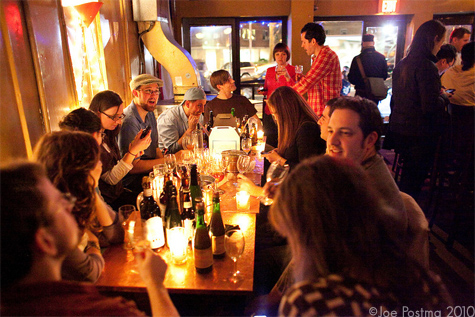 I have many friends, beer folks I know which have done many favors for me.  I’m not gonna do an academy awards thank you here, but why have they done these things?  I’d like to think they are just good people, maybe they are good people trying to collect some good beer karma, or maybe I’ve done them favors in the past.  But, there are two sides to every coin.

Are Good Beer People good to everyone?  I’d like to think so, but we are all human.  We are more likely to go the extra mile for people who can/will appreciate what you are doing for them.  For me, I’m trying to spread the word about good beer, to get people to try new beer, and share beer I love.  Those of you who know me, do know I love to share my beer, but I also like to spread the word too.  Every tasting I have done, I include beer out of my cellar that people may never get to try…

I didn’t want to turn this into something about me, I’ll leave that up to others to decide if I’m a “good beer person”.  I guess my long winded rambling point is there are so many great beer people out there who are looking to connect with other good beer people.  In NYC, Lee Williams and a couple other beer bloggers started a group called “brewyork” which meets every month for beer folks to hang, talk beer, and drink some awesome nectar.  The great thing, that spawned another group call “ladiesofcraftbeer” created by Stevie Caldarola and I’ve heard some bloggers in Philly are also starting a similar group.   It has become good beer folks helping and inspiring other people.

Call it Beer Karma, Beer it Forward, or what have you.  Do you think Beer people are Good People? What does “beerpeopleRgoodpeople” mean to you?