Since today is the first day of the Beer Bloggers Conference, yesterday must have been day -1, right? Regardless of what it is or was, it was my first ever day in Denver.  And I got lucky!  No not that lucky, I had a great tour guide for the afternoon, my Beer Trading Guru, Scott gave me the whirlwind 6 hour tour of all things great in Denver. 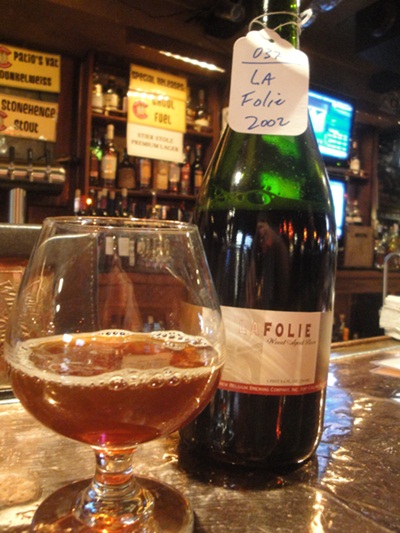 The first stop and the first time actually meeting Scott was at the rustic and very friendly Brewpub in south east Denver, called the Bull and Bush Pub and Brewery (@BandBManBeer).  Most Denver locals seem to know this brewpub for some of their GABF medal winning beers, but I was also impressed with their Vintage Beer Cellar.  So what better way to meet a friend for the first time then to share an 8yr old bottle, 2002 vintage, of New Belgium La Folie.  I was amazed how much this beer had mellowed.  I had drunk a 2009 La Folie several weeks ago and the sharp acrid bite was almost gone in the ’02, it had transformed in a lovely “ciderish” tingly mouthfeel.  Maybe it is just me, but I can’t go into a brew pub and not sample the local nectar!  So, I also sampled the Happy Hoppy Pilsner, Tower ESB, and couldn’t pass on “Man Beer”.   Then the bar tender poured us a sample of the Cask Big Ben Brown.  I was really impressed with the 4 BandB beers I had.  Either the ESB or Man Beer was my favorite. 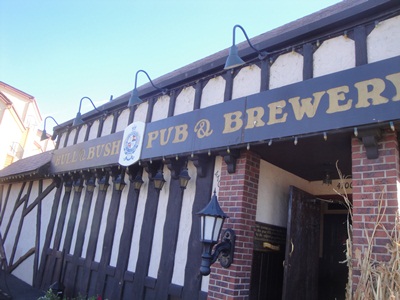 Next a quick Detour to the Colorado Liquor Mart where Scott introduced me to their beer manager Andre.  Very knowledgeable guy who really wants to keep expanding the breathe of their beer selection.  Saw lots of great beers I don’t see in New Jersey, but my wallet kept me from going all out, but I got a Lost Abbey Deliverance and a Russian Pliney the Elder. Both of which I enjoyed in my hotel room later that night. 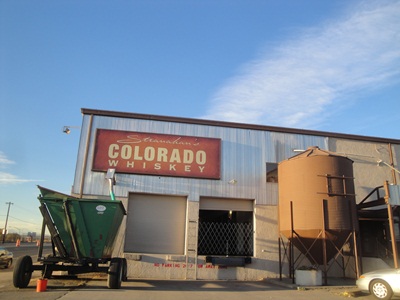 From the Liquor Mart, Scott took us into some crazy Denver traffic on I-25, didn’t realize traffic was so bad… so 25 minutes later but maybe only 2 or 3 miles away was Stranahan’s Brewery and the Rackhouse Pub.  Unfortunately there were no Barrel Aged Stranahan beers on tap they had just kicked the one they had.  So I ordered a class of Stanahan Whiskey, neat.  It was mighty tasty, creamy and so smooth.  We tried to get into the Brewery, but the doors were locked and they only do tours on Mon, Wed, and Fri.  Of course we were there on a Thursday.  What I loved about this pub was all the whiskey barrels on the wall and the open vents to the brewery so you could smell all the grains mashing.  I love that smell! 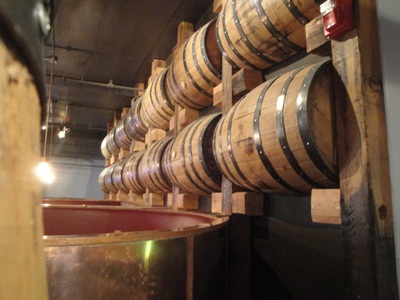 Next up in our tour was Falling Rock by way of the Great Divide tap room.  A tiny, crowded bar server some awesome Great Divide beer.  Like any good beer geek, I went straight for the beer I hadn’t had, the Smoked Baltic Porter.  Awesome beer, tasted just like its namesake.  Not to much smoke to overpower the base Baltic Porter, but enough so that it was a primary flavor.  That was quickly followed up with a small sample of Oaked Yeti.  I’ve had it many times, but couldn’t pass up on tap and über fresh.  The hops were really strong in the aroma about some what subdued in the flavor making for another awesome beer! 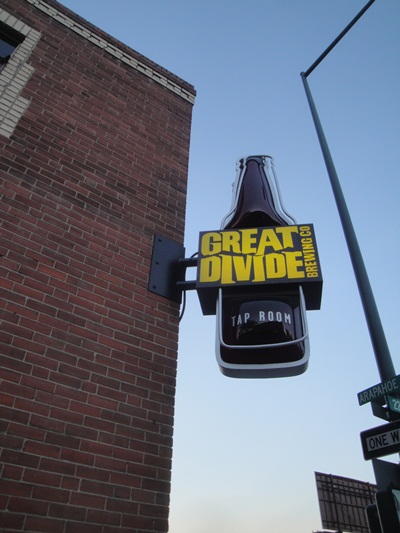 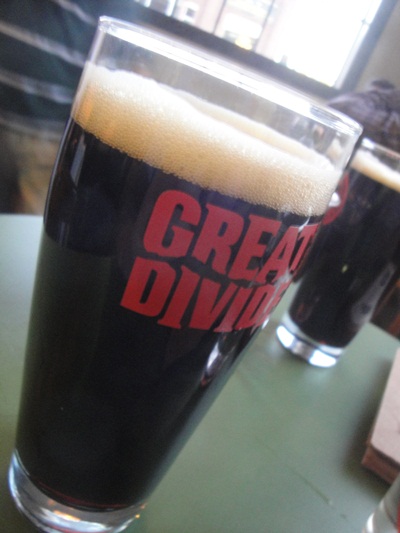 Now onto the last stop of the night where Scott and I meet up with fellow blogger and homebrewer Billy Broas at the Falling Rock Tap House.  Beer Geek Heaven!  wow.  What struck me as I walked up to the front door, a hand written note on the door, “No Face Paint Allowed!”  I didn’t get it until I was leaving and saw all the “people” across the street at some concert, half of them had their face painted.  With a couple sours, Including Russian River Temptation, Petrus Age Pale and  Some trappist Sour “something something Cuvee” (the waiter recommended it and I didn’t catch the name) and some onion rings made for a awesome quick tour of Denver. 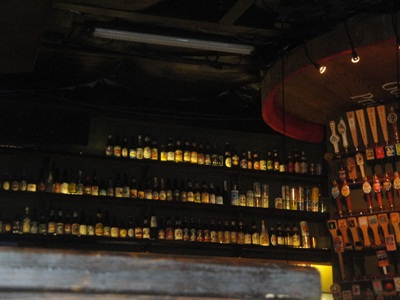