My buddy Scott comes through for me again.  This time with New Belgium’s Eric’s Ale from their Lips of Faith series. I’m a huge fan of sour beers, what had my interest in this beer is their La Folie.  La Folie, for those of you who haven’t had it, it is an exceptional sour ale and this beer is brewed with peach juice.  How many beers have you had made with peach juice?  Probably not many, me neither. 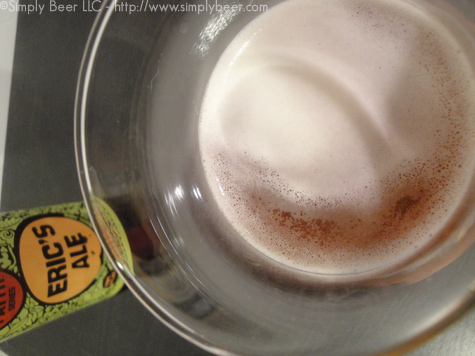 I love the text on the side of the bottle, “This is a sour ale for those who don’t like sour ales. And a Fruit ale for those who don’t like fruit ales.” So does this mean I won’t like it since I like sour beers? Ahh, but that doesn’t matter, it sounds like a interesting beer.  But, then again I’m not a fan of fruit beers.  So I pose this question to you since I’m rather enjoying this beer.  What is a fruit beer?  Is it any style of beer with fruit in it or should beer be comprised of a certain percentage of fruit?  Maybe it’s me, but I don’t really consider a kreik a fruit beer, more a sub-style of lambic.  My guess is most of you would go with the anytime fruit is added to a beer.   Sorry, got carried away on a tangent.  Back to the “Fruit” beer at hand.  I’m really enjoying the peach in this beer it is really working nice with the moderate level of sour in this one.  I love it when the sour sticks to the sides of your teeth, make that flavor linger longer.  there is a good underlying oak but is is fairly conservative allowing the peach to become a big player in the beer and on the nose.

One word to describe this beer -> intrigue-alicious*

A final note, it is best to drink this beer slightly chilled, as it warms it becomes schnappish. The peach just becomes too sweet.

*it’s my review I can make up my own words! 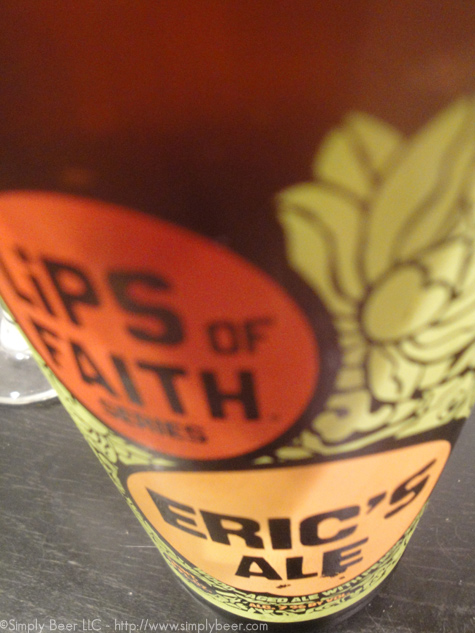 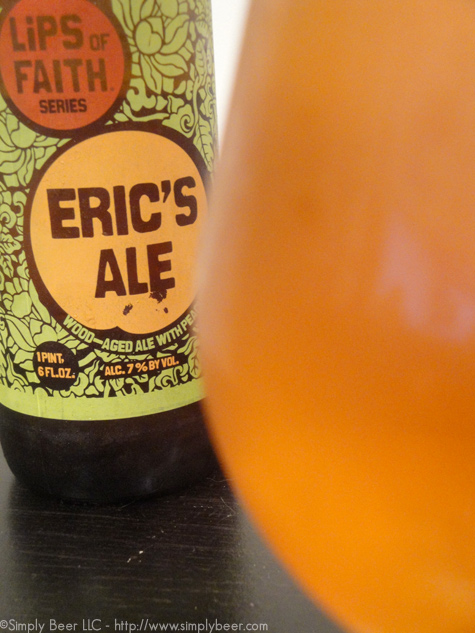