I’ve had only one Boulevard beer, their Saison Brett which came in a beer trade.  A couple weeks ago I was sent another Boulevard beer from their Smoke Stake series.  The latest one I received was their Collaboration no 1, an Imperial Pilsner.  This beer was a collaboration between Boulevard’s Steven Pauwels and Orvals Jean-Marie Rock.  With out know anything about this beer, but with Jean-Marie Rock’s involvement it is either going to be a very traditional pilsner and/or something very unique. 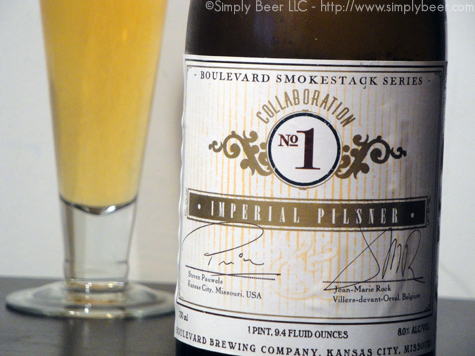 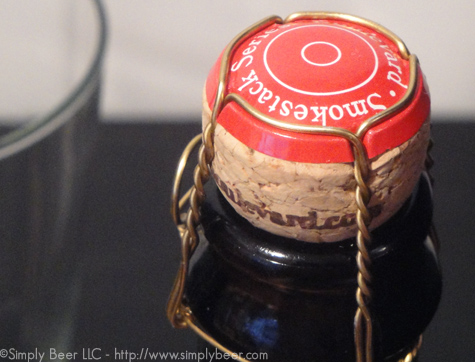 While there is no info on Boulevards website, I did find this description on Beernews.org.

The brewers, both native Belgians, will produce an Imperial Pilsner similar to a lager brewed by Rock at the start of his career. It will, according to Pauwels, be a tribute to Pilsner beers; full flavored and refreshing, brewed with 100% Pilsner malt and 100% Saaz hops, using time-honored techniques.

“The beer will be made in a very traditional way,” said Rock. “The methods by which it will be brewed, fermented, and lagered are no longer employed, though they made this beer fantastic. It is time to get a beer like this back in a glass.” 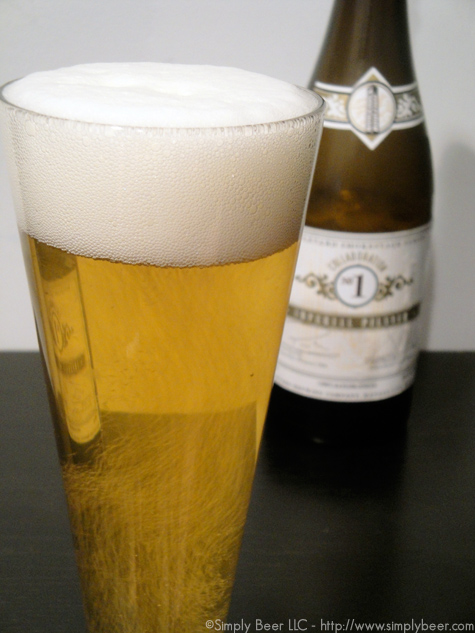 As you would expect from a pilsner, it pours a crystal clear, golden straw color.  When first poured there was an amazing torrent of bubbles that swirled up from the bottom (see picture above).  Even after a couple minutes in the glass, there was still a nice inverse waterfall of bubbles rising up.  This beer also had amazing head , a great little pillow of foam with great lacing.

Great aroma, I want to say especially for a pilsner, but that is not fair to the style.  This beer had a great noble hop aroma, slightly citrusy with a nice herbal, earthy aroma and a bit of lemon grass.

I have to say I’ve never had a pilsner like this.  A very full mouth feel, grainy and creamy are my initial impression.  There is a very strong lemon grass flavor, a big hit of alcohol and a very refreshing hop bitterness with a hint of spice.  Very clean flavors and very enjoyable big beer.  But not as dry as you might expect from a pilsner.

I found this to be a mighty tasty beer.  Great flavor, good hop profile and a nice malt backbone make this a great beer.  Even with a big abv and a bit sweeter then your typical pilsner, I would still enjoy this on a hot day.