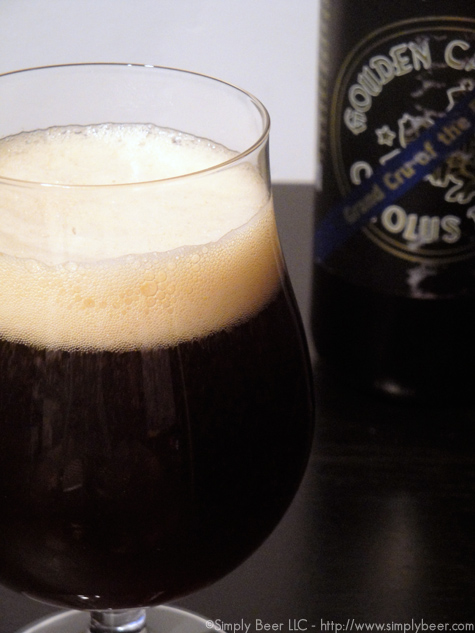 Here is how Brewery Het Anker describes it:

Every year on the 24th of February, the birthday of “Charles the fifth”, the Brewery brews the Gouden Carolus “Cuvee of the Emperor” in a limited quantity and with an eye on the highest quality and tradition. This unique brewing, with only extra fine Belgian hops and with a higher alcohol level, guarantees a better evolution in the time, than the already known Gouden Carolus. This beer, as all our beers, is 100 % natural, with no preservatives, no adjuncts and no chemicals. 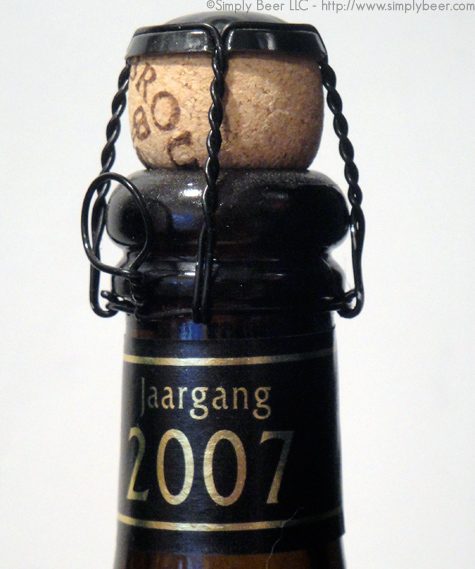 I thought this beer was going to foam right out the top, but I caught it.  So no mess for me to clean.  As you can guess from the near foam over, this beer is highly carbonated and pour with a good thick speckled sandy head.  The beer is a hazy reddish brown with lots of tiny bubbles slowly rising to the top.

I could smell this beer as I was pouring it out of the bottle.  A very heavy aroma of ripe plums and raisins greats your nose which expands into bananas, chocolate and licorice. There is no holding back in the aroma with this beer.

The intensity of this beer doesn’t stop at aroma.  This is a very warming beer with a full palette of complex flavors.  Right off the bat you are hit with the alcohol and yeast as well as the intense fruitiness of the beer.  That doesn’t go away in this beer.  The alcohol heat actually continues to build and the fruitiness turns into a sherry like quality as notes of chocolate begin to creep in the middle of this fairly full bodied beer.  As the beer finish, the heat from the alcohol is a dominate player and that sherry flavor becomes more of a raisin and muscat sweet wine like flavor.

Calories: 10% Abv beer with a decent amount of sweetness would have about 300-320 calories per 12 oz (Calorie Chart)

Insanely complex. I wish I had another bottle to let it age another 2 years.  This beer embodies how complex and flavorful a beer can be