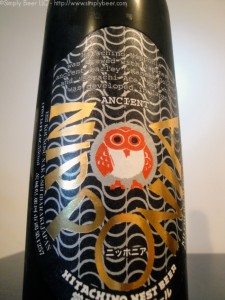 As I’ve been homebrewing every once in a while I become fascinated with some ingredient. Lately it has been Sorachi Ace Hops. I’m not entirely why this hop has intrigued me so, may be it’s the earthly lemon flavor or the cool sounding name. My first introduction was with Brooklyn Brewery’s Sorachi Ace. Then again several months later when I interviewed Brooklyn Brewery’s Garrett Oliver. Finally most recently in my own homebrew, one of which won the New Jersey State fair homebrew competition.

Beside being a gifted brewer, Garrett Oliver is an amazing wealth of knowledge and gave me a brief history on the Sorachi Ace Hops. The Sorachi Ace was engineered by the Sapporo Brewery in Japan by crossing British “Brewer’s Gold” and the Czech “Saaz” varieties in 1988, but as quickly as it came, it was gone, except for a small hop farm in Oregon. Until recently, it was only grown in Oregon, but now with people like Garrett Oliver it is will not be lost. But that is not where this story ends, Garrett Oliver has been working with Hitachino Nest in Japan to reintroduce the Sorachi Ace hops.

Tonight’s beer was Hitachino Nest Nipponia, a golden ale with Kaneko Barley and Sorachi Ace hops. If you listen to my interview with Garrett Oliver, about 13 minutes in, he describes working with Hitachino to make a golden ale using sorcahi ace hops. This is a golden ale with Sorachi Ace hops…. could it be the same? I’ll find out. It funny I started writing this experience as I stated the beer, as i do with all my posts, and i find that I have finished the 22oz beer before I’ve even described it. So it’s very good, bready lemony and very easy to drink. it made for a very pleasant evening. 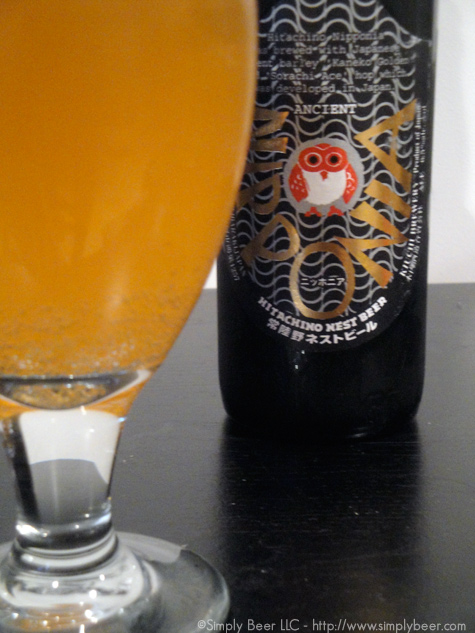