Homebrew: What to do next, Sour Cherry Blonde

While I brew a ton of beer, I only know what I know and I’m not afraid to reach out when I’m stumped or uncertain of the next step.  I know a lot about brewing, but I’ve never brewed a sour beer before. Now I’m reaching out to those who know to give me some advise.  Here are the details, I brewed a Belgian Blonde back in April, after the primary was done, I split the batch in half. I used half for a friends wedding beer and the other half I put into a carboy with about a 1lb of local New Jersey Sour Cherries and spiked it with Brettanomyces Lambicus (Wyeast 5526).  Now the question is to bottle or further aging? 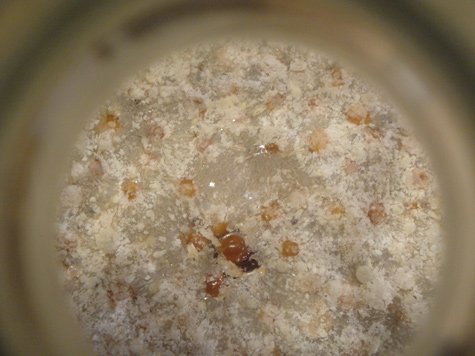 As you can see from the picture there is a nice thick film on top, the cherries have lost all their color, and the smell is that of a strong kriek (not that I would ever call this a kriek).  So My choices, as I see it, are to leave it alone, bottle it, or put it into my 10L bourbon barrel. Right now I’m inclined to add it to my barrel. yes, I know it will forever make my barrel sour. 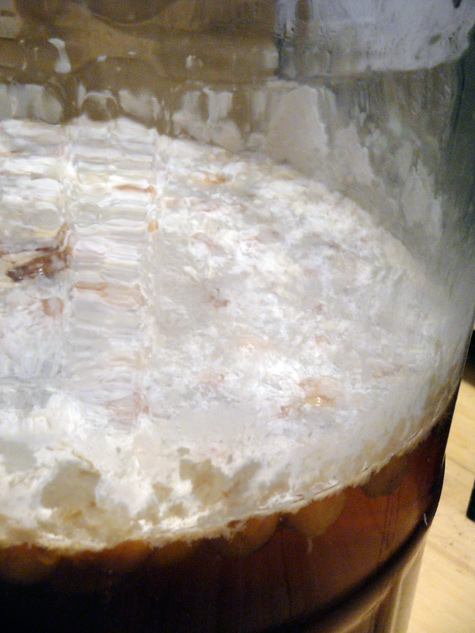 My Question is, based on the pictures, is it ready to move?  Do you think I should add it to a barrel or bottle?  I just don’t know; flying by the seat of my pants as I usually do.  Would love to hear your thoughts.