My Buddy Matt Steinberg took a bold step that many of us homebrewers dream of, opening our own brewery. Not only did he do that, he did it in a state that does not support or make it easy for people to open a brewery, but he is making some awesome beers.  Thanks Prohibition for all the fucked up laws!  The NJ Beer Co has been open for about 8 months, Matt has produced his first seasonal beer, the Weehawken Wee Heavy.  According to Matt, this is a Scottish Style Ale,  but what is cool, Matt and his Brewer Pete also created a 60 Schilling mild with the second running’s of this beer which I’ve sampled several times. 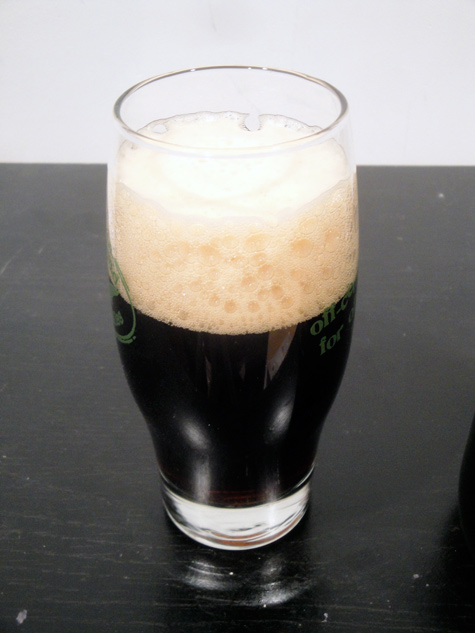 I’ve said many times that beer can taste different at different times.  Tonight this beer is drinking exceptionally nice.  I have a nice fire going, the Christmas tree is lit up, and I’m watching Saturday Night Live.  It just all works!  This beer has a great malty backbone, almost no hop profile, slightly sweet, and very drinkable.  I’m really enjoying the nice roasted bitter finish on this beer.

If you get a chance stop by the brewery and pick up a growler, support a small local brewery, because they are making some great beer.