Beers of the World – Rochester, NY

Hot Damn!  If I was a beer this is where I would want live.  Beer of the Worlds is what a beer store should be.  It was just beer after beer, after row after row of BEER! 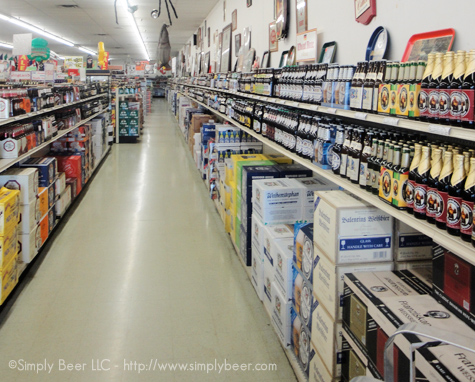 I was immediately greeted with a “Hello, can I help you find anything”.  Nice service and friendly people working there.  The Store is divided up by country and then brewery from that country.  Almost all the beers are set at either eye level or chest level with cases on the floor so beer was easy to find with out being stacked on top of each other.  They claim about 1500 different beers from around 40 countries, a significant portion are from Germany and the Majority are US breweries.  From the Looks of it, i wouldn’t disagree. 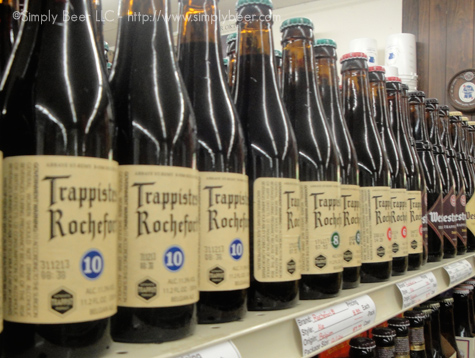 I had a good shopping shopping trip, replenishing my Cellar.  Here is what I picked up: 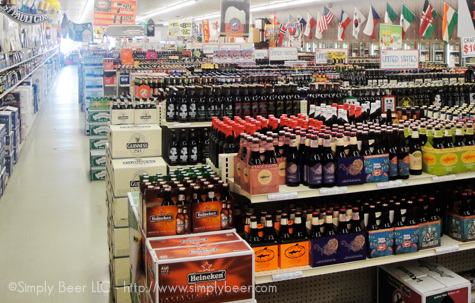 But that’s not all, if you are a home brewer they have a selection of malts, hops, grains, yeast, and equipment.  While the selection is not as huge as the bottled beer, it looked to have everything you need to get a quick batch of beer together.

If your in Rochester, this store is worth the short drive from where ever you are.  The selection and service is top notch.