Got beer mail?  Well I do.  I trade beer with people all over the U.S. because there are so many craft beers and not all of them are distributed in my lovely state of New Jersey!  This New Belgium Frambozen was sent to me by my new Beer Buddy, Scott in Colorado.  I’d heard some good things about this beer so I was excited to try it. 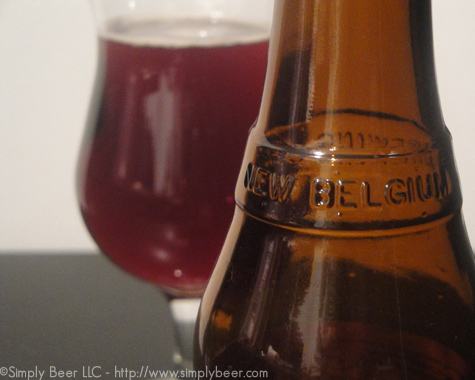 Here is how New Belgium Describes this beer:

Frambozen begins with the aroma of fresh red raspberries, followed by the ripe seductiveness of a fruity brown ale with depth and delicate malt notes. It is deep ruby in color, with flavors just as rich. Every year, New Belgium sends a delegate to the Pacific Northwest to oversee the process of turning freshly picked berries into a pure juice to be added in fermentation. The coming of Thanksgiving at New Belgium is ushered in with the first sighting of our cellar operators scuttling about, covered head to tow in a festive crimson berry wash. 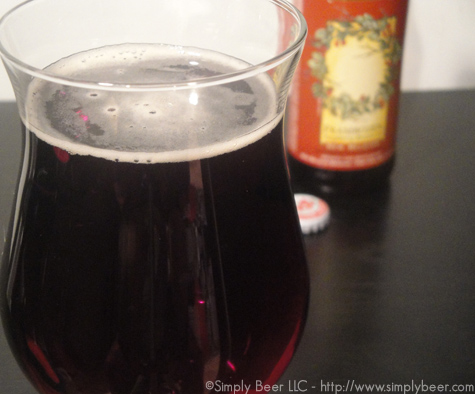 A very pretty garnet color to this Raspberry brown ale.  It is almost startlingly clear, so much so I can see my fingers through on the other side of the glass even though it is beer fairly dark.  Almost no head on this beer, which isn’t surprising me, but would have hoped for a bit more than the thin collar.

Very mild aroma, slightly fruit with a bit of brown sugar/molasses and a hint of yeast.  Then again, brown ales and raspberries tend not to be super aromatic. 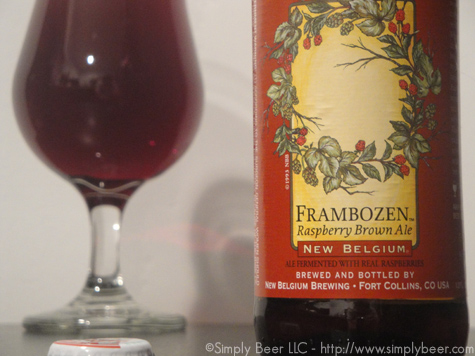 Not really knowing much about this beer, besides I can’t get it in NJ and it had an interesting name, I was expecting a sort of sour brown ale.  Was I got was tangy raspberry.  The second sip was a bit more of a sweet and tart experience, Sweet raspberry jam and a bit of tartness.  The thing that made this beer a bit different for me, the tangy tartness to covered by the raspberry sweetness until the aftertaste when you can lick the tartness from your teeth.  Very interesting.

More Sweet then tart, actually two extremes with no balance through the middle.  I can’t say that I was enjoying this beer a whole lot, I liked the first couple of sips, but the sweetness became too much for me.  I don’t have a big sweet tooth.  If you have a sweet tooth, this may beer the beer for you.