If you have been reading my blog for some time, you know I’m a huge fan of Mikkeller beers and most have impressed me with their flavors and quality.  The next Mikkeller beer I’m going to review is a collaboration with De Struise Brouwers.  The two most famous De Struise beers are Black Albert (Imperial Stout) and Pannepot (Quad), so what has me very intrigued is how far they are stepping out of what they brew to create a 163 IBU hop bomb with Mikkeller.  I have yet to see this in the American Markets; I got this beer from Struise Yeast Store in Belgium with my 2 Westy 12’s! 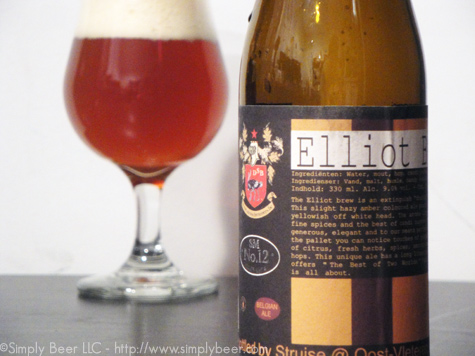 Mikkellers first collaboration brew. Brewed together with our good friends from Westflandern – Carlo, Urbain and Phil from De Struise Brouwers. The beer was created in the spring of 2007 to create a symbol of our close relationship. We choose to cross a heavily hopped Mikkeller beer with a strong blonde – Struise style. From this came the hoppiest beer brewed in Belgium!!! Struise Mikkeller (Elliot Brew) was chosen by Ratebeer.com to be the second beer of their Worldwide Master Series! 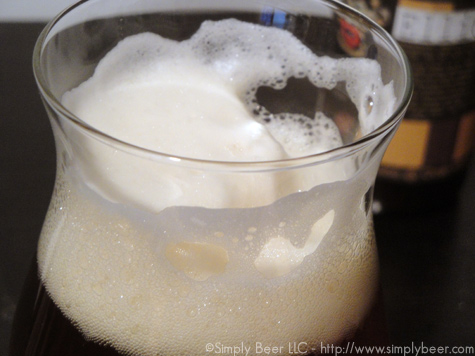 This beer pours a hazy orange brown with a massive thick billowy creamy looking head.  I know that was a lot of descriptors for the foam, but it is pretty impressive.  As you can see in the picture the foam is also fairly clingy.  An appealing looking beer to start with.

The aroma is fairly pronounced and detailed, but doesn’t smack you in the face like many American IPA’s.  It starts with some nice floral hop notes and candi sugar.  The longer you inhale, the more the aroma changes and you’ll start to get a earthy dirt aroma with spice. 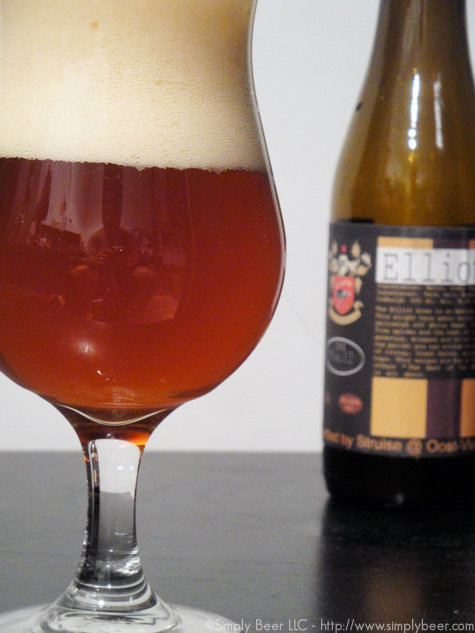 So with 163 IBUs and 9% abv, I expect this to be a very bitter beer. It lives up to the expectation, the finish on this beer is extremely dry and bitter.  Bitter that lingers a long time after the sip is through. But the beer isn’t all bitter, there is a bit of malty caramel sweetness right up front and a spice/grapefruit middle mouth accompanied with some good alcohol heat before finishing very bitter.

Glassware: Tulip or Goblet, would lean toward the goblet next time.

I did enjoy the beer, but it was average at best.  With all the amazing IPA’s out there, it is a hard style to compete in and this one, while good, was not an elite beer in my opinion.