This weeks Beer Brawl features one of my favorite styles of beer, American Porter.  A bit bigger, hoppier, and/or roastier then their European predecessors.  These dry beers are usually Medium to full bodied, moderately malty, and usually feature a lightly burnt taste with chocolate or coffee flavors. 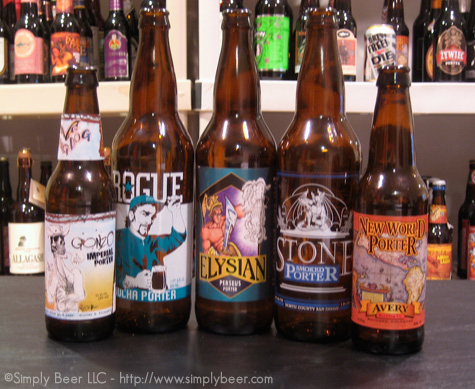 With me on this podcast was Mark Jackson and Stephen Kennedy.  The only prerequisite I have for these Beer Brawls is a love of beer.  You don’t need to know anything about the beers we are drinking only a willingness to try them and voice an opinion.

This is one of my favorite styles of beer, so to say I was excited and had some high hopes for these beers is an understatement.  We quickly went through these beers with only one disappointment.  The others were all pretty good, with the Flying Dog brewery winning its second Beer Brawl with the Gonzo Imperial Porter.