If you have been around craft beer for any amount of time and like IPA’s, I’m sure you have heard of Russian River’s Pliny the Elder.  This Russian Rivers Double IPA has a diehard following of hard core hop heads.  I would consider myself a hardcore hop head, but living in the North East, we don’t get any Russian River beers including Pliny the Elder.  Since I wanted to try this beer and see what the hype was, I traded beer with a guy in Southern California. 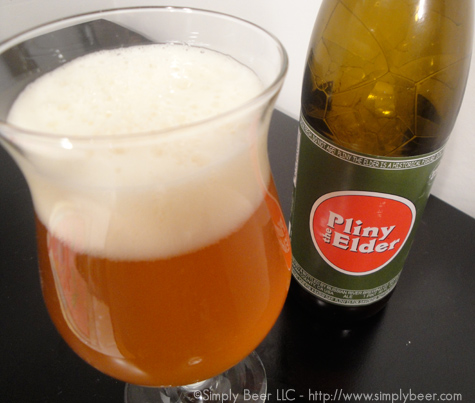 Here is what Russian River has to say about Pliny the Elder:

Pliny the Elder was a Roman naturalist, scholar, historian, traveler, officer, and writer. Although not considered his most important work, Pliny and his contemporaries created the botanical name for hops, “Lupus salictarius”, meaning wolf among scrubs.” Hops at that time grew wild among willows, much like a wolf in the forest. Later the current botanical name, Humulus lupulus, was adopted. Pliny died in 79 AD while observing the eruption of Mount Vesuvius. He was immortalized by his nephew, Pliny the Younger, who continued his uncle’s legacy by documenting much of what he observed during the eruption of Mount Vesuvius

Ok, Nice history lesson, but I want to know about the beer… 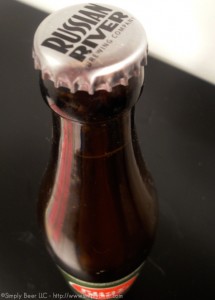 Here is my take on Pliny the Elder.

Very pretty beer, glowing orange with a creamy think head.  The head dissipated rather rapidly, it did leave a touch of lacing, but not much.  The color of this beer is what got me, it is very hazy, but the way the light bounces through the haze really makes the beer glow in my glass.

This is where I expect this beer to shine, a double IPA in my book should have tons of aroma.  This beer doesn’t disappoint, a very aromatic beer, good bit of sweet malt, grapefruit, orange, and pine all blend together very nicely with a hint of dried apricot.

I quite enjoyed the taste of this beer.  It had a deep creamy caramel start that smoothed out into a Soft fruity citrus.  The soft finished out in a nice rounding bitterness.  I’m really enjoying the malty creaminess and the good strong hop presence. 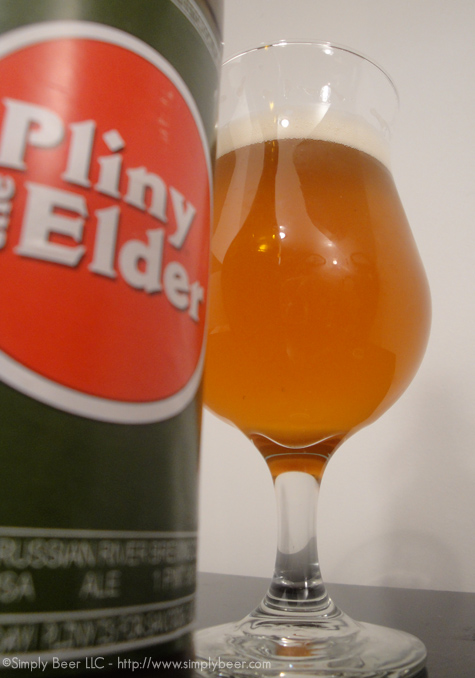 This is a very enjoyable DIPA. Mine was bottled on 06/10/2009.  Not the freshest, but not out of date by any stretch either.  I will definitely seek out this beer again, but I’m not sure about the hype.  What I think is that it set a new standard for imperial/douple IPA’s with its bold aromatics and malty, creamy, hoppy flavor.   A world class, no doubt, but today there are others that are just as good.

Every has an opinion on Pliny the Elder, whats YOURS?