It getting close that time of year when the Doppelbocks will be flooding the shelves of our local liquor stores just in time for Lent.  Traditionally Doppelbocks are strong German lagers, also commonly know as liquid bread.  German monks would brew this beer to sustain them through the fast of Lent.  The Paulaner Salvator is one of the oldest German Doppelbock, the monks first started brewing this beer over 360 years ago. 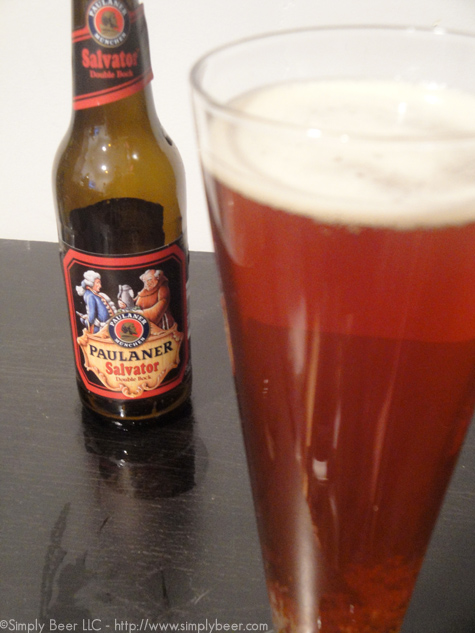 This beer is a dark amber color, fairly clear with hings of brilliant orange when held to the light.  Even though the head collapsed pretty quickly on this beer it did have a bit of carbonation to it with co2 bubbles continued to trickle to the top. 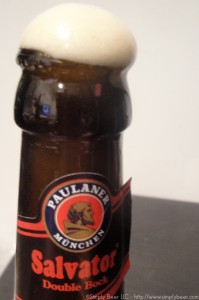 A very malty aroma awaits you with this beer.  Hints of caramel, alcohol and plum accompany the sweet maltiness.

A bit thin for a Doppelbock, but still had a decent mouthfeel.  The overwhelming flavor was malt caramel sweetness.  As with almost all beers, once you get past the initial flavor(s) and start looking deep into the beer other characteristics will emerge.  With the Salvator, there was a pretty significant alcohol presence along with figs & cherries.

This is one of the oldest commercial Doppelbocks we get in the US, so I would consider it the style.  As with most styles, they can range in colors, flavors, and aromas.  This was an easy drinking Doppelbock, not as heavy as some or what this beer used to be.  Also a good winter warmer type beer.  If you like this beer I would suggest trying some other Doppelbocks.