The Avery Black Tot was a brewery only release, only 300 case we available to the public.  I got lucky and was sent 2 bottles by a fellow beer connoisseur in Colorado. The Black Tot is an Oatmeal Stout that has been aged in Rum Barrels.  There are so many types of barrel aging going on now; it is wonderful to see so many new flavors being introduced into the market place.  The only think that sucks is the limited quantity available, but I can understand that. 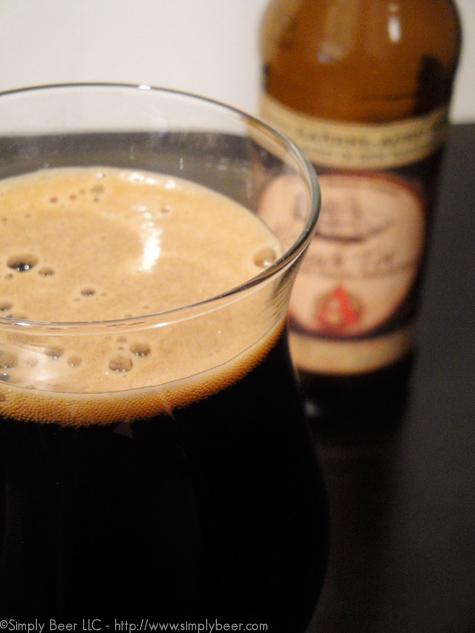 Here is how Avery describes their beer:

No. 3 in our Barrel-Aged Series will release on January 15th 2010 at the Avery Tap Room Be present at the release to make sure you get some bottles of this incredible and indelibly unique brew: Imperial Oatmeal Stout aged in Gosling’s Rum barrels. Huge. Chewy. Endlessly deep. Smooth beyond belief with plentiful amounts of subtle flavors that work their way out as you sip. This beer is so good that you can quaff a pint or sip and savor a few ounces with equal ease. 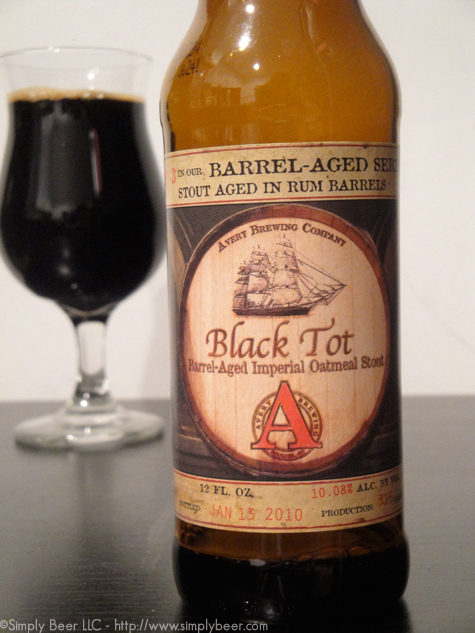 This is a jet-black beer, held up to the light, there is no color showing on around the edge of the glass.  Didn’t pour with much of a head, but what was there was a tan/cappuccino foam color.  The lack of head and head retention can be common in high ABV beers and I’ve also noticed in a lot of barrel aged beer.

What I was expecting was exactly what I found in this beer.  Right up front lots of boozy Rum and oak , followed by vanilla and hints of fig.  The rum and oak are strong aromas in this beer, so you don’t get much aroma from the base beer, such as chocolate or roasted malt.. 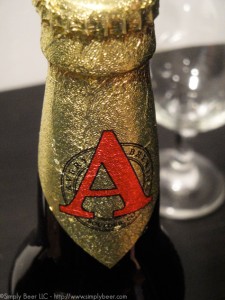 Wow!  this is an intense beer.  I’m not sure I’ve had a beer before that reacts with my mouth like this one.  I literally felt my entire mouth go numb like it was anesthetized. Lots of fruit right up front, like drunken figs, alcohol, and rum are prevalent throughout the beer.  Tastes like a bigger beer then it is, but I’ve seen that happen with beer sitting in these spirit barrels; soaking up the flavors of the spirit, adding depth to the beer.   The beer actually finished very smooth and a bit creamy, even though there is tons of alcohol and rum in the flavor.  I’m going attribute that to the base oatmeal stout that helped round out the beer.  With each sip I take, different flavors are being revealed to me.  One sip it’s boozy figs, another it is rum, another it is oak, still another is vanilla, this keeps going and going.  Surprisingly there is also a good bit of bitterness on the back end that lingered for a while.

Not for the faint of heart or constitutionally challenged.  Take your time with this beer, have a cigar with it.  It needs to be enjoyed over time.  Let the beer evolve as it warms up.  If you can find it try it.  If you can find two, dink one and save the other.  I think this beer will get better over the next year or so.